Having been whitewashed 3-0 in the Test matches, Australia will be looking to save some face as they take on Sri Lanka in the first one-dayer at Colombo

Having been whitewashed 3-0 in the Test matches, Australia will be looking to save some face as they take on Sri Lanka in the first one-dayer at Colombo. Sri Lanka, on the other hand, will look to continue their great work from the longer version of the game. Angelo Mathews has stated in the pre-match build up that his team will not get complacent going into the one-dayers. There have been a few changes to both the sides, and it remains to be seen how they affect the fortunes of the two teams. Sri Lanka will again go in as favourites, but it would be pertinent to remember that Australia are world champions.

The biggest threat to Australia in the Tests was Rangana Herath. The left-arm spinner, who was the man of the series in the five-day contest, has retired from one-dayers. So, Australia will heave a sigh of relief in that sense. But, they still need to get their batting act together. The line-up with definitely be bolstered by the arrival of Aaron Finch, who has been in excellent form of late. However, Mitchell Marsh has been sent back to prepare for the South African challenge. Moises Henriques is likely to play in his place, but he will have to show better determination than the Tests. 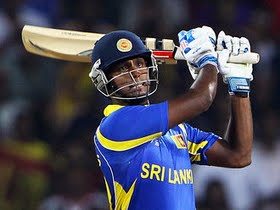 Steven Smith is among the players who remain from the Test debacle, along with David Warner. Both had a poor time in the Tests, so will be keen to make an impact in the one-dayers. There is a lot of pride at stake after all. In the bowling department, left-arm seamer Mitchell Starc will again be the key. James Faulkner also comes into the side as the one-day specialist, and his variations could be crucial to the team’s fortunes. While Nathan Lyon has been retained as the main spinner, Adam Zampa has been brought in as the back-up option.

For Sri Lanka, the big news is the comeback of veteran Tillakaratne Dilshan after he missed out on the disastrous England due to personal reasons. The series will be crucial for Dilshan since a few poor scores will open up retirement talks. The trio of Kusal Mendis, Dinesh Chandimal and Dhananjaya de Silva, who were instrumental in the Test whitewash, will again have key roles to play. Skipper Angelo Mathews did not have a great time in the Tests, so he too will be raring to make an impression. Milinda Siriwardana and Thisara Perera should further strengthen the batting.

Among the changes Sri Lanka have made for the one-dayers is the inclusion of Avishka Fernando and Amila Aponso. Fernando is a top-order batsman who has been in great form in u-19 cricket while Aponso is an upcoming left-arm spinner. The injured fast bowlers in Nuwan Pradeep and Suranga Lakmal have also been deemed fit, so that is a definite plus for Sri Lanka. Unlike the Tests, Australia are better suited to deal with the conditions in one-dayers. The challenge will thus be greater for the Lankans.