A lead of a little over hundred often does not mean a lot in a number of Test matches. But, in a low scoring game, such as the ongoing one at Eden Gardens in Kolkata, it can make the huge difference

A lead of a little over hundred often does not mean a lot in a number of Test matches. But, in a low scoring game, such as the ongoing one at Eden Gardens in Kolkata, it can make the huge difference. This is exactly what happened on Sunday. India, after having scored 316, were successful in keeping the Kiwis down to 204, which meant they gained what may prove to be a significant 112-run lead. And, when the Indian batting collapsed in the second innings, it was this 112-run cushion that kept them in the good.

Bhuvneshwar Kumar was brilliant on day two, with his five-wickets, which went a long way in India gaining the big lead. Kumar gained enough moment to trouble the batsmen, and beat them. Then, early on the third day, when New Zealand’s lower order put up a spirited fight, Mohammed Shami came up with a nice spell to quell the Kiwi challenge. Both these performances were crucial since it was after a long time that pacers have claimed as many as eight wickets in an innings in a Test in India, overshadowing the spinners, who had been doing most of the damage in recent times. 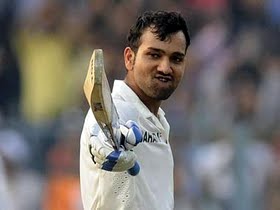 Considering the situation India find themselves in at the end of day three, they will be indebted to their bowlers, who kept New Zealand down to 204. Had they got closer to 300, the lead would have become all but redundant. India finished day three at 227 for 8, which is a great position per se. But again, when one adds the 112 runs to it, the lead of 339 becomes rather imposing. Team don’t chase over 350 in the fourth innings in India, and the way New Zealand have batted on the tour, and minus Kane Williamson, they are in big trouble.

Apart from the performance of the bowlers, what would have pleased India most about the effort on day three was the knock played by Rohit Sharma. India were in big trouble when they walked in, but Rohit absorbed the pressure well, and played a pivotal role in first resurrecting the innings, and then putting them on top. Rohit, like Shikhar Dhawan, was under pressure going into the match. But, he came up with a measured knock, which will give the selectors confidence in him for future matches. He was well supported by Wriddhiman Saha, who led the lower order fight for the second time in the match.

One disappointing aspect of India’s batting effort in the series so far has been that not a single batsman has reached three figures so far. Rohit got near on Sunday, but fell just when he looked set to get there. Skipper Virat Kohli was due for a big score. He got into the 40s, but could not carry on to make the much-required bigger score. Even so, his knock was critical in rescuing India from the precarious position they found themselves in early on. The Indians would be disappointed if they do not win the Test from the position they find themselves in at the moment.