Indian cricketing Sunil Gavaskar, in a scathing attack on the functioning of Indian cricket, has hit out at the alleged double standards in the team. According to Gavaskar, while skipper Virat Kohli was allowed to go back for the birth of his child after the first Test, T. Natarajan, who became a father during the IPL play-offs, has been asked to stay back as a net bowler.

Gavaskar also spoke out for Ravichandran Ashwin who, according to him, has often had to pay the price for being forthright in his opinions. He claimed these instances clearly prove there are different rules for different players.

In his column for Sportsar, Gavaskar wrote, "For far too long Ashwin has suffered not for his bowling ability of which only the churlish will have doubts, but for his forthrightness and speaking his mind at meetings where most others just nod even if they don't agree." 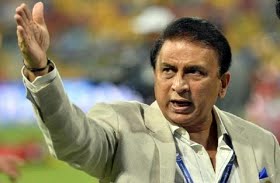 "Any other country would welcome a bowler who has more than 350 Test wickets and not to forget four Test match centuries, too. However, if Ashwin doesn't take heaps of wickets in one game he is invariably sidelined for the next one. That does not happen to established batsmen though. Even if they fail in one game they get another chance and another and another but for Ashwin the rules seem to be different," he added.

The former captain was also puzzled over the decision to keep Natarajan back as a net bowler though he is not part of the longer version of the game. The left-arm seamer featured in the limited-overs contests, which finished a couple of weeks back.

"Another player who will wonder about the rules but, of course, can't make any noise about it as he is a newcomer. It is T. Natarajan. The left-arm yorker specialist who made an impressive debut in the T20 and had Hardik Pandya gallantly offering to share the man of the T20 series prize with him had become a father for the first time even as the IPL playoffs were going on.

“He was taken to Australia directly from the UAE and then looking at his brilliant performances, he was asked to stay on for the Test series but not as a part of the team but as a net bowler. Imagine that," Gavaskar further wrote.

"A match winner, albeit in another format, being asked to be a net bowler. He will thus return home only after the series ends in the third week of January and get to see his daughter for the first time then. And there is the captain going back after the first Test for the birth of his first child. That's Indian cricket. Different rules for different people. If you don't believe me ask Ravi Ashwin and T. Natarajan," the Indian legend concluded.