Why axe only Yuvraj Singh when others batsmen were equally poor?

The much-awaited team selection for the Nagpur Test has finally taken place. And while a few bold changes have been made -- a pleasant surprise –the core of the team still remains the same, which means there is little scope for improvement when India face England in the fourth Test at Nagpur.

The much-awaited team selection for the Nagpur Test has finally taken place. And while a few bold changes have been made -- a pleasant surprise –the core of the team still remains the same, which means there is little scope for improvement when India face England in the fourth Test at Nagpur. Among those dropped from the team are Harbhajan Singh, Zaheer Khan and Yuvraj Singh. Among them, the fast bowler’s axing was on expected lines since he has failed on performance as well as fitness counts in the last year.

The dropping of the two Singhs – Harbhajan and Yuvraj – was on the unfair side, especially when you consider that the other seniors in the side have got more opportunities to prove themselves over the last year than the duo in question. While Harbhajan was recalled without him making any significant contribution in domestic games, the fact is that he played in only one Test, and there too he was played as the third spinner, and not given a lot of overs. Of course, he looked a pale shadow of the bowler he was at his peak, but if the selectors had faith in him, they should have persisted with him for more than one Test. 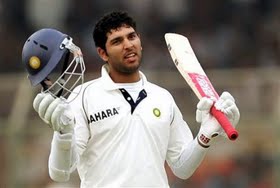 As for Yuvraj, he has been utterly disappointing in this series, and has yet again failed to make an impact on his Test comeback. Then again, the men at the helm must remember that he was coming back after fighting a prolonged battle with cancer. Surely, if Virender Sehwag, Sachin Tendulkar and Gautam Gambhir can survive in the XI without scoring a Test hundred for a couple of seasons, there is no reason why the left-hander from Punjab shouldn’t have been given an extended run. By retaining the trio and dropping Yuvraj the selectors are sending out the message that different yardsticks exist for different players in Indian cricket.

A most bizarre move was the dropping of Sehwag from the T20 squad. In T20s, the opener is as dangerous as any player in the world. Even if he cracks a 20 or 30, it can be considered a success in T20s, unlike the Tests and 50-over version. As such, there was little logic in dropping Sehwag from the T20 outfit. The selection of Piyush Chawla instead of Harbhajan Singh is also baffling. How many times have India experimented with the underperforming leg-spinner in past? May be we don’t have quality spinners, but let’s just give a rookie a chance then. Like Harbhajan before him, Chawla has done precious little to earn a recall.

Thankfully, some forward looking decisions were taken at the team selection meeting. The inclusion of quickie Parvinder Awana is a good move. India should persist with him for a while. A Test spot being given to Ravindra Jadeja is also a much-deserved one, as noted by the writer in an earlier piece. Let’s see if a couple of changes are enough to change the team fortunes.