Dravid’s suggestion of making fixing a criminal offence worth considering

Finally, somebody has spoken out about the match fixing menace, and not surprisingly it has been the gentleman named Rahul Dravid.

Finally, somebody has spoken out about the match fixing menace, and not surprisingly it has been the gentleman named Rahul Dravid. The Rajasthan Royals skipper, the franchise most affected by the dark shadows of spot fixing, has gone to the extent of stating that fixing should be made a criminal offence. While he is not an expert on the legal side of things, and hence how feasible his suggestion is remains questionable, the fact is that it is a thought worth pondering upon especially if it can reduce corruption in the game.

Dravid gave a very logical reason as to why he believes that while education against corruption from the younger days in sport is of paramount importance, it hasn’t quite served as the desired detriment, which is why even Test cricketers like S Sreesanth continue to fall for the lure of quick money. The former India number three also detailed how the sport of cycling has witnessed numerous high profile cases of drug abuse even though there are ample of awareness programmes run by the sporting bodies to deter the athletes from taking performance-enhancing drugs. Hence, some legendary names like Lance Armstrong have been reduced to dust. 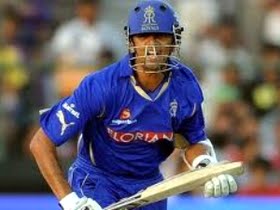 In the current scenario thus the only option left is to make fixing a criminal offence under the law. In the aftermath of the match-fixing scandal broke out in 2000, the men who run the sport took many reactive measures to try and keep corrupt elements out of the game. For a while it seemed that their efforts were bearing fruit and even the viewers were beginning to trust the players again. But, in a few years’ time a number of high-profile cricketers were caught for their roles corrupt activities.

It began with the banning of Kenyan skipper Maurice Odumbe for his links to bookmakers. In subsequent years, Marlon Samuels was suspended from playing international cricket; we then had the deliberate no-ball incident where three Pakistan cricketers, including their skipper colluded tobecome pawns of bookmakers. The trio even faced the ignominy of going to jail. That’s not all. The fixing menace bit country cricket as well, with another Pakistani Danish Kaneria found guilty of fixing-related activities, and also encouraging other county players to do the same. All the above instances clearly demonstrate that players did not fear much can happen to them even if they were caught.

And, here is where Dravid’s suggestion makes sense. One isn’t quite sure if the hypothesis can be put into the law books. But the fact of the matter is that if players know they would get harsh punishments if they are found guilty of fixing-related activities, they are bound to be a lot more scared. It may not eradicate corruption, but may certainly help in reducing the rot. It is said that such measures are being discussed to clean the game, for there is nothing more honourable in sport than playing for the country. Then again, we cannot run away from the truth, no matter how harsh it is.