New Zealand announce a 14-man squad for the Third and Final Test Vs South Africa at Hamilton, The National Bank Series 2012

Hosts New Zealand have a made a couple of changes to their squad for the Third and Final Test at the Basin Reserve in Wellington. The two changes are Daniel Flynn and Dean Brownlie taking the places of Rob Nicol and Brent Arnel. The homeside is in the danger of losing the 3-Test Series against South Africa having drawn the First Test at Dunedin and then losing the Second Test at Hamilton inside three days.

The Kiwis have opted for the extra batsmen following a poor show in the second Test at the Seddon Park. The 26-year-old left-handed Daniel Flynn gets a recall into the New Zealand team after more than two years. Flynn has already played in 16 Tests and has scored 4 50s at a modest average of 28.70. Dean Brownlie, the 27-year-old has played 4 Tests so far with 3 50s to his name.

Commenting on the New Zealand Squad for the Third Test, National Selection Manager Kim Littlejohn said: “Daniel Flynn is having a very successful Plunket Shield with the bat for Northern and is likely to join Martin Guptill at the top of the order. He was part of the team in late 2009 and we are sure he will make the most of his opportunity to again represent his country. 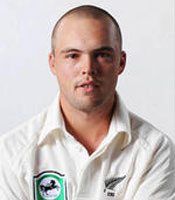 “We are mindful that Dean Brownlie is only just making a return to competitive cricket following injury and will keep a close eye on his progress. Although he has been included in the squad, his selection for the Test will largely depend on how he pulls through the match for Canterbury.

“It’s disappointing for Rob and Brent but at this stage we do not feel they have managed to cement their place in the squad. Both players will benefit from a return to domestic cricket where they can put performances on the board. We are sure they will do this and will be very much in contention for selection on the upcoming tour to the West Indies.”

The Third and Final Test between New Zealand and South Africa begins on the 23rd at the Basin Reserve in Hamilton.