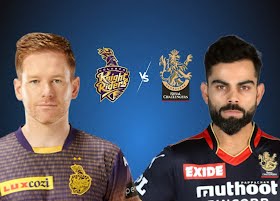 Kolkata Knight Riders (KKR) will face Royal Challengers Bangalore (RCB) in match 31 of IPL 2021 at the Sheikh Zayed Stadium on Monday. KKR had a forgettable run in the first half of the season held in India, winning only two of their seven games. RCB, on the other hand, were highly impressive. In fact, they were table-toppers at one stage before losing their way a bit. Still, they were third in the points table, with five wins from seven games, when the event was halted.

The second half of IPL 2021 will finally get underway on Sunday with a clash between the league’s two most successful franchises - Mumbai Indians (MI) and Chennai Super Kings (CSK) - at Dubai on Sunday, September 19.

Royal Challengers Bangalore (RCB) captain Virat Kohli has stated that the inclusion of Sri Lanka cricketers Wanindu Hasaranga and Dushmantha Chameera will boost the franchise ahead of the UAE leg of IPL 2021. Hasaranga and Chameera were named as replacements for Adam Zampa and Daniel Sams, who will be unavailable for the second half of IPL 2021.

• Kohli’s decision to step down has been made keeping in mind the future roadmap: Ganguly

BCCI president Sourav Ganguly has termed Virat Kohli’s decision to quit as India’s T20I captain after the World Cup as one that has been made keeping in mind the future roadmap. On Thursday, Kohli through an official statement on social media, stated that he would be stepping down as T20I captain after the World Cup in the UAE in October-November.

Michael Holding, who was part of the Sky Sports commentary panel for more over two decades, has decided to call time on his career with the mike. Holding’s strong voice and sharp analysis on cricket won him many more admirers in life after retirement.