Cricket is getting pregnant with more fun and thrill. India hosting the 2023 ICC Men's World Cup next year could be the reason. Preparation seems to have begun and may grasp a good pace hereafter. BYJU'S, one of the leading edutech companies in the country, is looking ahead to take commercial advantage of the opportunity. It has extended the deal with BCCI to get the brand displayed on the front side of Team India's jersey. The deal has been struck for another 18 months, until 2023-end.

The previous deal expired in March 2022. It replaced OPPO in 2019. The smartphone brand discontinued the deal after two and a half years. The partnership since then has changed dynamics of sponsorship playbook equipped with fresh standards. New-age tech brands have welcomed the rolling ball to take up sports properties.

ITW Mworx CEO and co-founder Nikhil Vyas stated it is the most prestigious sports sponsorship and most impactful. BYJU's understands the value of partnering with BCCI and get exposure to a cricket fan base of about 1.4 billion worldwide. The deal may act as a key resource to leverage business throughout the year. 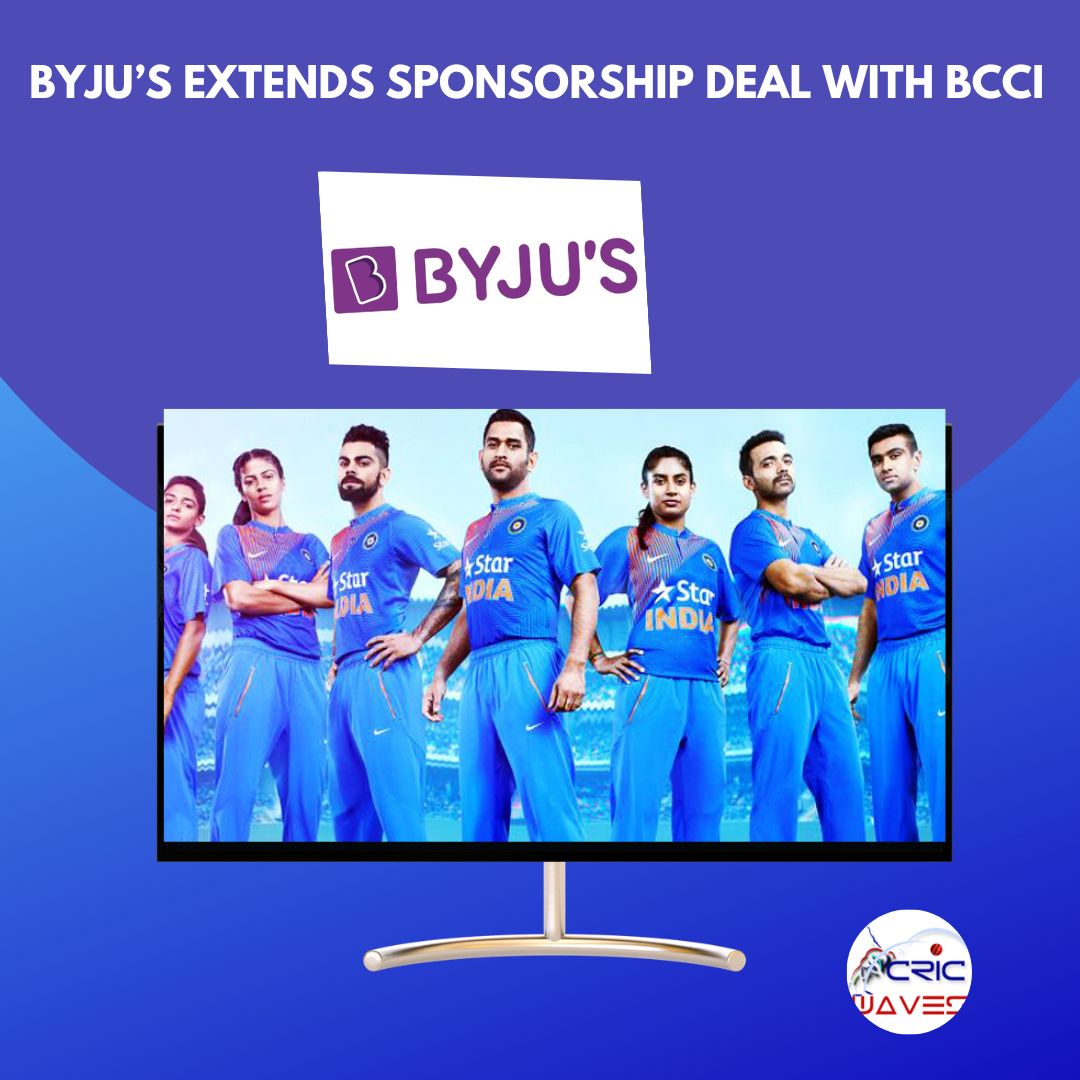 ITW Mworx had earlier led the partnership discussion between BYJU's and ICC. The deal will run until 2023-end. Its co-founder Bhairav Shanth said the deal is groundbreaking and unique.

“BYJU's journey into sports sponsorship started in July 2019 when it won the rights for the jersey. About a year later it won the bid for title sponsor Kerala Blasters FC for the Indian Super League matches by replacing Muthoot Group. Earlier this year, the brand revealed to have become the official Sponsor of the FIFA World Cup Qatar 2022.”

The brand is currently valued at $22 billion and is equipped with more than 115 million registered users. It was founded in 2011 by Divya Gokulnath and Byju Raveendran.

The 2023 Cricket World Cup is scheduled to be held in October and November 2023. This is the first time India is hosting the entire tournament. Three previous editions were partially hosted. The 1967 edition was hosted along with Pakistan. In 1996, the competition was co-hosted by India, Pakistan and Sri Lanka. India, Bangladesh and Sri Lanka jointly hosted the 2011 World Cup.

The 13th edition, or 2023 World Cup, was initially scheduled for February and March 2023 period. The dates are pushed forward by about seven months due to the COVID-19 pandemic in 2020 that disrupted the qualification schedule.

The first Men's Cricket World Cup was played in 1975 and hosted by England. The competition is held once in four years. England is the current champion. The team defeated New Zealand in the 2019 World Cup.